A day before my 30 day tourist visa was set to expire, I engaged in an age old expatriate ritual: the visa run. In my case it was more like a visa run-ning-on-empty; a test of zombie-like travel instinct. If I survived, I would establish myself in the wold of  coffee fueled solo travel and sketchy dealings,  as I am fairly certain that I indirectly bribed the Indonesian Consulate in Singapore for express processing. However, there is something so smooth and debonair about government bribes;  I feel more bad-ass and Bond-like just having my money being a part of one.

I realized that I had become assimilated to the sometimes peculiar ways of Indonesia when I was surprisingly unphased by reading my itinerary and instructions. The part that bothered me most was the 2 AM wake up, not handing over money and my passport to a stranger that I had to seek out through table by table inquiry at Mc Donald’s. His was the one in the shaded corner surrounded by white people and covered with carbon copies. An array of different colored passports were strewn about the table all seeking the same goal: to stay in Indonesia longer. The second thing that bothered me was the McDonald’s breakfast menu- would it kill them to make chicken nuggets and fries available at 10 AM? I can’t be the only person that prefers fried bits of mystery chicken and fried cancer-causing shoestring potatoes over rubbery pancakes and suspiciously vibrant yellow egg patties.

In the past 3 months since my first venture outside of the United States, I have been thrown in to so many unfamiliar situations that I have become used to living almost permanently outside of my comfort zone. I had never landed in a foreign country for unaccompanied exploration before, but here I was on a metropolitan island known for its vast malls and immaculate urban streets.  I lacked the substantial fortune necessary to actually shop at any of the immense, ultra- modern, ultra- luxe malls, so I spent the day window shopping and urban street sight seeing while I awaited the return of my passport at good old McDonald’s. With English speakers everywhere, Starbucks on every corner, and a full spectrum of the world’s cuisine being offered (including American food and beer) It was like being back home in Western society only 1000 times more clean and nice. 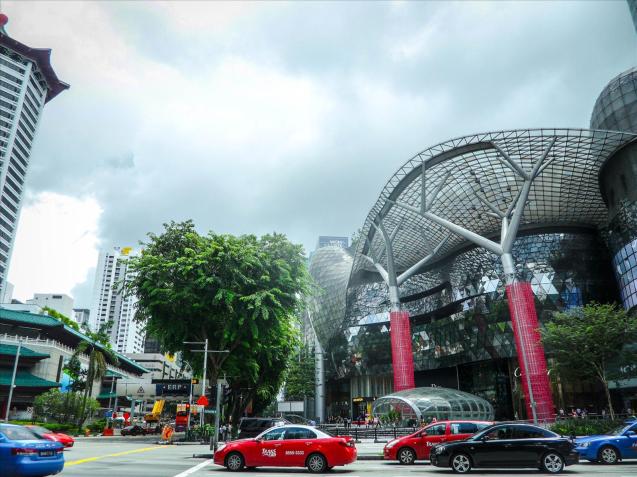 The Chinese Republic island was still decorated for Chinese New Year and fresh from the past weekend’s festivities. 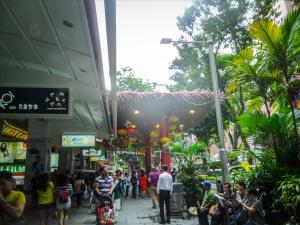 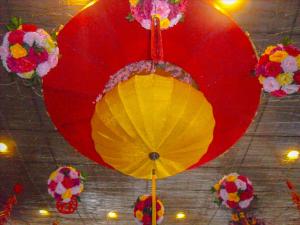 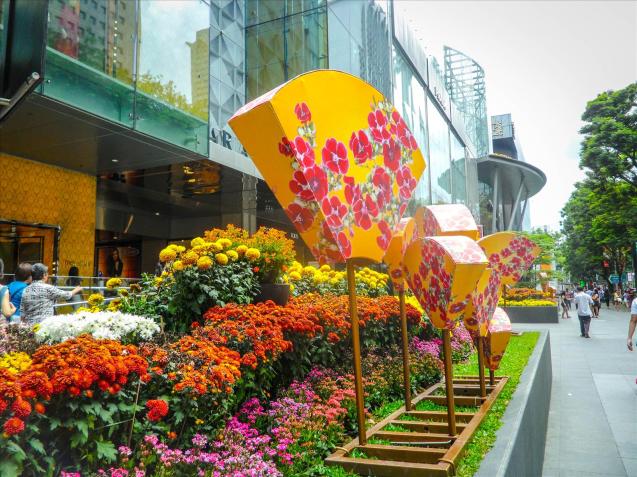 The city-scape incorporated lush greenery, modern art pieces, and pristine concrete sidewalks to create an urban utopia to amuse the  highest population of millionaires in the world. One in every six households have  more than one million USD in despendible wealth which excludes property, businesses, and luxury goods. Getting a job in Singapore just made it on my list of life goals. 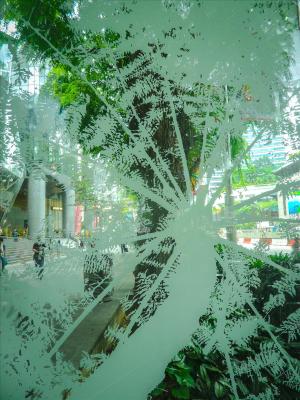 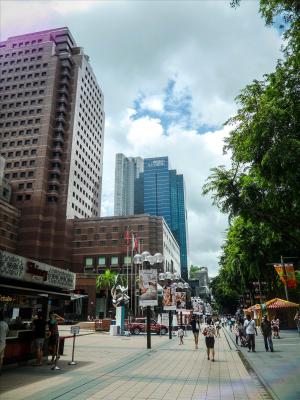 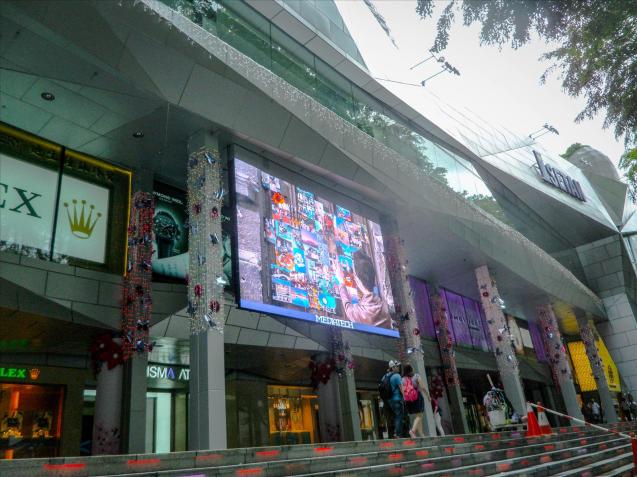 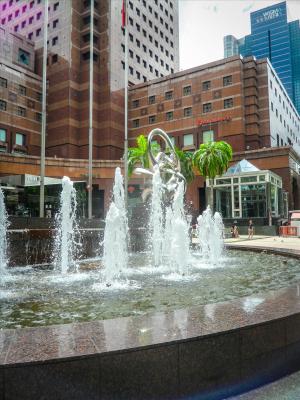 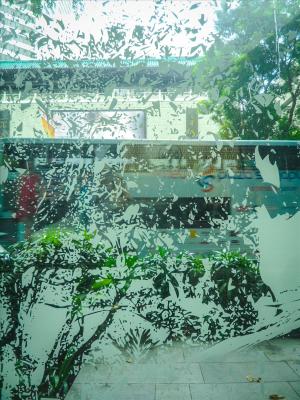 I quickly noticed that Singapore likes to host many of the world’s -est things: world’s largest Ferris wheel, banners for the world’s largest Oceanarium hung on every street post, and Changi airport was no exception. It was easily the largest airport by far I had ever been in and my collection of Asian airports is nicely sized after my last trip. It is rated the world’s best airport for international travel and boasts an immense variety of attractions that include; a rooftop swimming pool and jacuzzi, the world’s largest kinetic art sculpture, a butterfly sanctuary and hatchery, an aviation museum, steel tree sculptures, dozens of internet hot-spots and charging stations, hundreds of stores and restaurants, a cactus garden, water recycling outdoor sculptural installations, a 16 foot tall green wall of plants, an orchid garden,an art gallery, a movie theater, and a gaming area. It is an attraction in itself apart from the state with as more things to see and do in it than many of the world’s cities. If a zombie apocalypse ever happens I want to be locked the refugee camp of the Singapore airport for the rest of my mortal life. 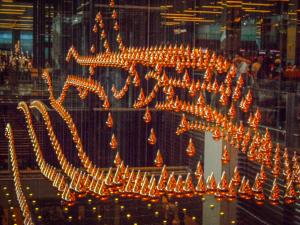 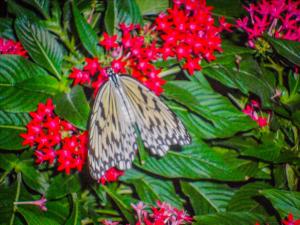 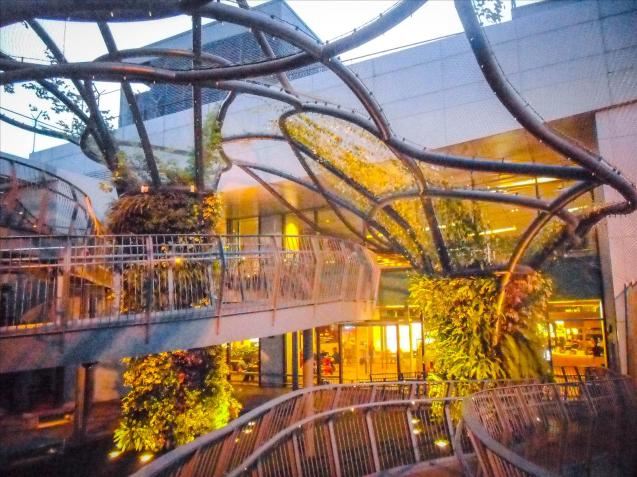 In the same abrupt manner that the day had begun, thus it ended. My visit to Singapore became a glowing urban dream of a 12 hour western luxury indulgent adventure fueled by caffeine and lack of sleep. A newly christened ex-pat, I clutched my passport with its newly administered visa and passed through customs at the familiar Surabaya airport and made my way back to my newly official home in Indonesia.