Growing up, I watched My Neighbor Totoro, Spirited Away and Kiki’s Delivery Service until the video tapes broke. When I grew up, became an Art major  fascinated with people who could draw much better than myself, I recalled my old favorites and added Princess Mononoke, Howl’s Moving Castle, Nausicaa, Grave of the Fireflies, and The Cat Returns to my list. When I found out that the Ghibli Museum was one of the top destinations of places to go in Tokyo, heart palpitations and shortness of breath ensued. I needed to get those tickets.

After much research online I figured out that in order to get tickets one must use a vending machine in one of the Lawson’s Stores in Tokyo. The catch: The vending machine doesn’t accept cash or foreign credit cards and conducts business solely in Japanese characters. I recruited one business man who spoke English to speak to one of the store attendants for me to tell him of my eager intent to purchase a ticket.

Left with a lady who knew my intent and that we would not be able to communicate much else with each other a cultural exchange took place via signing, charades and an iPhone translator. We signed up for a Lawson’s card that would enable us to purchase the tickets without a credit card from a Japanese Bank. The attendant was gracious enough to not only spend an hour with us in front of the touch screen machine that stood between me and my ultimate anime fantasy to put in almost all of her personal information for it due to us not having a Japanese address or phone number. Gotta love those sweet, sweet angels of travel mercy.

After a sleepless night per the usual when I am about to have a life changing experience like Disneyland, Graduation etc, I hopped on a subway headed towards destiny, magic, and animated glory.

And caught this bus straight to the Ghibli Museum….

There were signs marking the way… 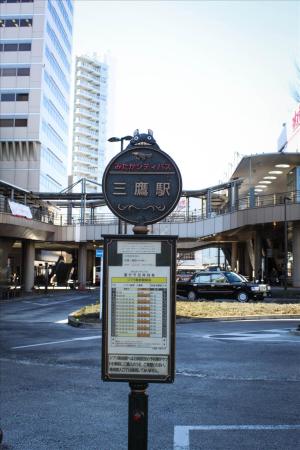 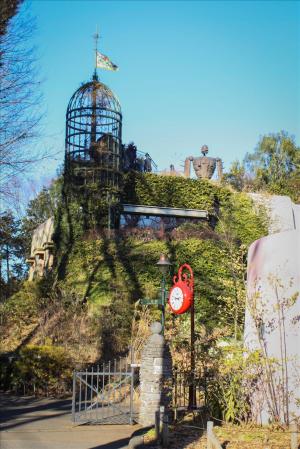 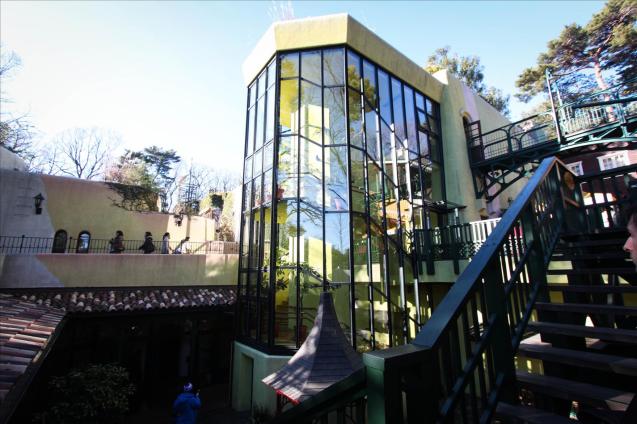 Very few times in life are we able to achieve the same innocent, magical excitement that comes from an experience that resonates with pure childhood joy.

….and there are very few times in life when that experience can be enhanced with special Valley of the Wind beer. Only available on site 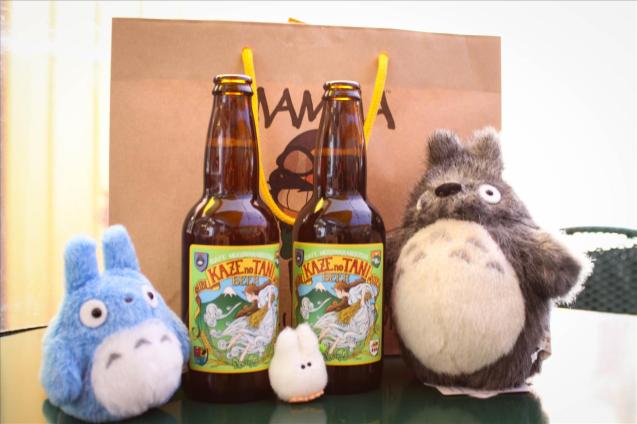 No Photography was allowed inside the museum but inside were displays that illustrated the animation process in amazing and creative ways. There was a carousel with different clay figurines representing sequential motion. The carousel spun as strobe lights flashed 24 times per second unveiling the smooth motion scene of Mei and Satsuki jumping rope; Totoro babies running around and climbing up a giant camphor tree, and the king of the forest Totoro, smile growing wide across his face,bounces happily with an umbrella folding and absorbing the shock. There were shadow boxes illustrating the way transparency and layers are used to make elements of scenes build on each other. The upstairs was turned into Hayao Miyazaki’s house and work room. Reference books composed a library, a work desk was strewn with peanuts and cigarette butts as well as original artwork. Sketches and paintings of the scenes of the most hailed Japanese anime movies lined every inch of the walls.

The garden outside was the kind of magical that makes you expect to see a Totoro pop out of the bushes at any moment, collecting acorns. There was a huge robot from Nausicaa in the center of the garden representing the recurring film theme of a reconciliation of peace between human technology and nature. 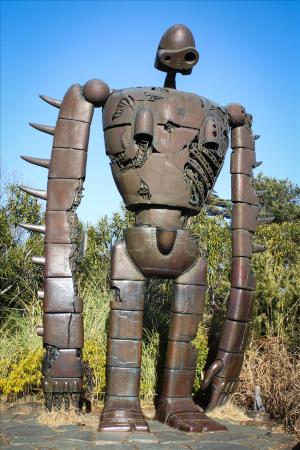 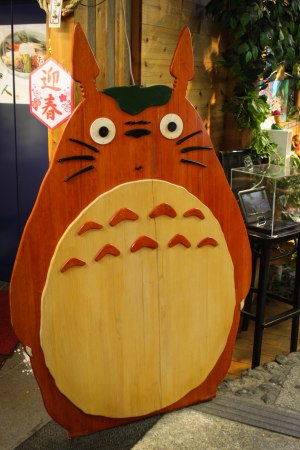 To close our trip, we sat in the small, quaint museum theatre in bench seats among a countless number of quiet, well behaved Japanese children and their mothers to enjoy the short 20 minute film that was complimentary with our ticket, never to be released to the public outside of the museum theatre. It had all the charm that characterizes the Miyazaki films and followed a young girl on a camping trip constantly leaving offerings of apples for various nature spirits that she confronted. In the end she is rewarded for her kindness to nature when the Spirit of the Forest thanks her with a giant sack of acorns and nuts.

Icing on top of a magical Miyazaki day.

PS: If you don’t know what I’ talking about in this post, I highly recommend googling Studio Ghibli and watching every movie on this list regardless of your age.